Chairman, Board of Directors

Dr. Michael C. Markovitz is past-Chairman of Argosy Education Group, Inc. He served in this capacity since his founding of that company in 1975. In 1999, Argosy became a publicly traded company listed on the NASDAQ, and was subsequently acquired in 2001. 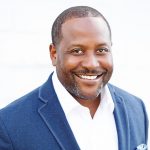 Prior to joining NDC, Mr. George was the Senior Director of Housing Finance and Administration for the Atlanta Neighborhood Development Partnership, Inc. (ANDP) and Community Redevelopment Loan and Investment Fund (CRLIF). He worked for the organization in different capacities for 12 years. Created 22 years ago by the Metropolitan Atlanta Chamber of Commerce Housing Resource Center and the Atlanta Economic Development Corporation’s Neighborhood Development Department, ANDP’s mission is to promote, create and preserve mixed income communities. George directed the housing finance department and managed the CDFI, revolving housing loan fund. He was also responsible for managing the day to day operations of the organization engaged in housing development, housing finance and public policy.

During his tenure at HUD, George was the regional economic development point of contact and was selected by the agency to serve on the White House’s Task Force on Livable Communities for Eastern North Carolina. He also managed and implemented a regional economic development and housing replacement plan in concert with FEMA and other key federal and state agencies to rebuild Northeastern North Carolina and the Mississippi Delta region (after Hurricane Floyd). George has received several letters of appreciation and gratitude from congressmen and locally elected officials representing the impacted areas in North Carolina and Mississippi. George entered HUD as a Community Builder and earned a permanent position in Community, Planning and Development that led him to live and work in Atlanta, Miami and Washington, D.C.

George’s objectivity and appreciation for diversity, travel, and culture were planted by his Guyanese heritage (South America). George was born in Toronto, Canada and grew up predominantly in two culturally diverse cities; Brooklyn, New York and Miami, Florida. George earned his undergraduate degree in Business Administration concentrating in Banking and Finance, minoring in Economics from Morehouse College. He is also a Harvard University John F. Kennedy School of Government fellow who completed the Community Builder Fellowship and Management Program for executives.

George has made Atlanta home since 1989, with professional and educational assignments which have led him to live in Miami, Florida, Cambridge, Massachusetts, Rocky Mount, North Carolina and Washington, D.C. He lives in metro Atlanta with his wife, Karissa and three children, Bakari, Josiah and Abrielle.

Justice Carol W. Hunstein is a former justice on the Georgia Supreme Court. She was appointed to the court in November 1992 by Democratic Governor Zell Miller. Justice Hunstein was re-elected for additional six-year terms in 2000, 2006, and 2012. Her final term expired on December 31, 2018. Hunstein served as chief justice from 2009 to 2013, but took a two-month hiatus from May 29, 2012 through July 31, 2012, to allow retiring justice George Carley to briefly take the post. She is the second woman in history to serve as a permanent member of the Court.

As a superior court judge, Justice Hunstein was active at the county, state and national bar levels. She chaired many DeKalb County committees, including the Alimony and Support Unit Committee, the Diversion Center Committee, the Probation Committee and the Domestic Violence Task Force. In 1989 then-Chief Justice Marshall appointed her to Chair the Georgia Commission on Gender Bias in the Judicial System, which issued its report to the Supreme Court in 1991. She is a former district director of the National Association of Women Judges (NAWJ) and chaired the local host committee for the NAWJ 1995 Annual Conference, which was held in Atlanta.

Justice Hunstein was the first woman to serve as President of the Council of Superior Court Judges. She was appointed by Governor Miller and, later, Governor Barnes, to chair the 1993, 1998 and 2001 state commissions on child support guidelines. She has served on the Advisory Board of the Justice Center of Atlanta and the Georgia Campaign for Adolescent Pregnancy Prevention. She is a former Rosalynn Carter Honorary Fellow in Public Policy at the Emory University Institute on Women’s Studies.

Justice Hunstein currently serves as Chair of the Judicial Council of Georgia, the Chief Justice’s Commission on Professionalism and the Unauthorized Practice of Law Committee. She is a member of the American Bar Association’s Public Perceptions Committee and the Bleckley Inn of Court.

In the course of her career, Justice Hunstein has received many honors including an honorary LL.D. from Stetson University College of Law (where she is also an honorary member of the Board of Overseers), a commendation for outstanding service from the Georgia General Assembly, the Emory University Legal Association for Women Students’ Public Service Award, the DeKalb County Women’s Network “Women Who Have Made a Difference” Award, the Joseph T. Tuggle Professionalism Award and, in 1999, the American Bar Association Commission on Women in the Profession’s Margaret Brent Award. She received the Commitment to Equality Award from the State Bar of Georgia Committee on Women and Minorities in the Profession and the Leadership Award from the Atlanta Bar Association Florida Atlantic University has inducted her into their Hall of Fame.

Adam Malone is a partner in the successful trial practice of Malone Law, which focuses on helping families in cases involving brain and spinal cord injuries, burns, amputations, and wrongful death. He is board certified in the complex area of medical negligence by the American Board of Professional Liability Attorneys (ABPLA) and serves on the National Advisory Board for the Association of Plaintiff’s Interstate Trucking Lawyers of America, the only organization offering board certification in the field of commercial carrier and tractor-trailer litigation. Adam also has vast experience helping victims of brain and spinal cord injury and currently serves on the Board of Directors for the Traumatic Brain Injury Litigation Group of the American Association for Justice where he is privileged to help victims and families of brain injury across America.

Adam has been recognized for his skill in successfully resolving his cases in and out of the courtroom. In 2008, Adam was featured as one of the top 12 lawyers in Georgia under the age of 40 by the Fulton County Daily Report. The National Law Journal highlighted his record-setting jury verdict for the preventable and needless amputation of a 14 year-old athlete’s right leg as one of the Top 100 Verdicts in the nation in 2008. In 2009, Adam was recognized again by Atlanta Magazine as a Rising Star in its Super Lawyers edition.

Adam serves in various leadership capacities with the State Bar of Georgia and holds office in several nationwide legal organizations. Adam is the Chairperson in charge of legal education for the Georgia Trial Lawyers Association. He is a past Chair of the General Practice & Trial Section of the Georgia Bar. He is also a past President of the Southern Trial Lawyers Association, an invitation-only organization of elite trial attorneys. Adam is also on the Board of Governors for the prestigious Melvin M. Belli Society, a charitable organization that promotes the study of law by funding research, conducting lectures, seminars, and publishing legal articles. He also proudly serves as an officer in the Professional Negligence Section of the American Association for Justice. He is the immediate past president of the John Marshall Law School Alumni Association. 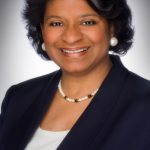 Patrise M. Perkins-Hooker is the County Attorney for Fulton County, Georgia. In this capacity, she is responsible for all of the civil legal needs of one of the largest counties in Georgia. She supervises a staff of over 30 professionals and provides legal advice to seven commissioners and over 40 departments. Prior to joining Fulton County, she served as the Vice President and General Counsel for the Atlanta BeltLine Inc. for six years.

She is a former partner with the law firm of Hollowell, Foster & Gepp, PC, where she was in charge of the Commercial Real Estate Group. She also owned her own law firm for over 10 years.

Perkins-Hooker is a leader in her profession and very actively engaged in the Atlanta community. She was the 52nd President of the State Bar of Georgia and the first person of color elected to this position. She has previously served on the Board of Governors and as a member of the Executive Committee of the State Bar. She has been elected Secretary (2011-12), Treasurer (2012-13) and President-Elect (2013-14). She is also a past chair of the State Bar’s Real Property Law Section, a past parliamentarian of the Atlanta Planning and Advisory Board, and the founding chair of Neighborhood Planning Unit-Q. Additionally, she is a past chair of Hosea Feed the Hungry’s Board of Directors.

Perkins-Hooker is an honors graduate of Georgia Tech and received her graduate degrees from Emory University Law and Business Schools. She was admitted to the Bar in 1984. She has received numerous honors for her service to the legal profession and the community, including being inducted into the Gate City Bar Association’s Hall of Fame, being presented the Leah Ward Sears Service to the Profession Award by the Georgia Association of Black Women Attorneys, being presented an Honorary degree from Atlanta’s John Marshall Law School, and being presented the Eleonoré Raoul Greene Trailblazer Award from Emory University Law School. She has also received the Phoenix Award from the Mayor of Atlanta. This is the highest honor bestowed on citizens in Atlanta for their outstanding contributions.

She is happily married to Douglas R. Hooker. They have two children and eight grandchildren. 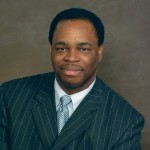 Kevin Ross’s firm, which he founded in 2002, is comprised of three specialty areas: public affairs, political consulting and the practice of law. Over the course of his career, Mr. Ross has advised numerous private and public sector clients on matters of public affairs, government relations and media relations. He has practiced law with three major commercial law firms in Atlanta and served for four years as the Managing Partner of the Atlanta office of an international law firm. He has managed over a dozen successful political campaigns, including three winning mayoral, and two winning congressional campaigns and a host of other state, county, municipal and judicial races. In addition, Mr. Ross has managed two successful referenda, one for Atlanta infrastructure repair and the other to fund capital projects for Atlanta’s school system.

Mr. Ross is a graduate of Dartmouth College, where he earned his B.S. in Economics in 1977, and Emory University School of Law, where he obtained his J.D. degree in 1980.

A leader in civic matters, government and politics, Mr. Ross has functioned in a variety of roles in the Atlanta community. In the governmental arena, he has served on numerous boards and commissions in leadership roles. He chaired the City of Atlanta and Atlanta Board of Education Charter Review Commission and the National Conference of Black Mayors Annual Convention. He also served on the Fulton County Housing Authority for five years. Additionally, Mr. Ross has served as a member of a state licensing board and on a special study commission on Georgia’s revenue structure. He chaired a labor task force in Atlanta and was chosen to chair the Fulton County District Attorney’s transition committee.

In civic life, Mr. Ross has served on numerous boards, including the Atlanta Chapter of the American Diabetes Association, the Science and Technology Museum of Atlanta (Sci-Trek), and the Metropolitan Atlanta Arts Fund. He presently serves on the boards of Public Broadcasting Atlanta, Atlanta’s John Marshall Law School, and the Andrew and Walter Young Family YMCA. Mr. Ross has served on several bar committees and is a past president of the Gate City Bar Association.

James Patrick White retired in 2000 after 26 years as Consultant on Legal Education to the American Bar Association but continues to serve as Consultant Emeritus. The office is responsible for law school accreditation, collection of statistics, and interfacing with other legal education entities. He also continues to represent the ABA in a number of international legal education activities.