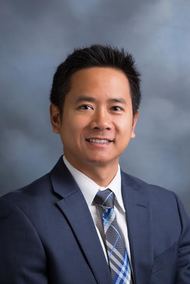 Atlanta’s John Marshall Law School (AJMLS) congratulates Judge Ethan Pham, Class of 2013, for his recent honor of being named one of Georgia Trend’s 40 Under 40. The 40 individuals were selected by the Georgia Trend staff from more than 400 nominations by readers throughout the state. Judge Pham is a Partner at the Law Firm of Nguyen & Pham LLC and an Associate Judge for the City of Norcross and City of Morrow.

Ethan Pham began his law career working for a private firm that represented municipalities around the Atlanta airport. As an assistant city attorney, he advised local governments on the legality and the constitutionality of their actions.

Pham is passionate about community service. He is the vice chair of the Gwinnett Transit Advisory Board; a member of the Gwinnett Police Foundation; serves as legal counsel for the Atlanta International Night Market; and is the co-founder of the Vietnamese American Bar Association of Georgia.*

Pham earned a dual bachelor’s degree in Biology and Business Administration with a minor in chemistry. After completing his undergraduate studies, he worked as a tax software developer and dabbled in entrepreneurship via acquisition of a poultry operation. Prior to co-founding Nguyen & Pham, LLC, Pham worked as an assistant city attorney for a private law firm practicing local government law and serving public entities.** Recently, he came in third in last year’s U.S. House District 7 Democratic primary election.

The Law School is proud of Judge Pham’s continued success and we look forward to celebrating with him for many years to come.