If you are like many law students over the years here at Atlanta’s John Marshall Law School (‘AJMLS’), you can probably relate, at least in part, to the following quote:

“I would sit in class, desperately hoping and praying to any deity that would listen that I wouldn’t get called on. Before, during, and after class, my stomach would be in knots and I would be filled with dread and a sense of impending doom at the mere thought of any of my professors directing their attention towards me. When my classmates were called upon, I would marvel at their answers, certain that if I were to be posed the same question that I would miserably and memorably be unable to deliver a comprehensive answer. I was certain that I didn’t belong. I lived in fear of being found out, and that the law school would figure out that they had made a mistake in admitting me. In my heart and mind, I was a law school imposter, and I was just waiting for everyone else to figure it out. I felt like a fraud, and worried constantly about letting down my family and friends. Everyone thought I was on top of it academically and in life, but I knew better. I was an imposter and didn’t belong.” ~Anonymous Law School Graduate

The above quote resonates, especially with first-year law students who are struggling to adapt to the rigors of law school. Whether it is the Socratic method, time requirements, case-briefing, self-imposed pressure, or any of the other numerous law challenges that can present themselves to new law students here at AJMLS (or really any law school), almost everyone faces multiple scenarios that can potentially create self-doubt. Students can find themselves questioning their abilities, their intelligence, and even their decision to attend law school. However, despite this seemingly bleak picture, there is some great news.

It surprises many students to learn that they aren’t the only ones that feel like imposters. Too often, individuals get lost in their own thoughts and think that they are the only ones that suffer these doubts and feelings of inadequacy, but in fact the reality is that it is fairly common, especially during the first year of law school. There is even a term for it, ‘Imposter Phenomenon’ or as it referred to more commonly in law school circles, ‘Impostor Syndrome.’ (Note: I’ll use these terms interchangeably throughout.) It is indeed entirely normal to have these feelings. Students tend to focus inwardly when struggling, whereas an external focus would reveal that others feel the same.

What is the Imposter Phenomenon?

Although not officially recognized in the DSM-V or the ICD-11, psychologists such as Pauline Rose Clance and Suzanne Imes have been researching the Imposter Phenomenon since the 1970’s, and it is generally said to occur among high achievers who are unable to internalize and accept their own success. Students suffering from this syndrome often attribute their accomplishments to luck rather than to ability, and fear that others will eventually unmask them as a fraud. Law students fit nicely into this general student definition as a population subset, as these students are those who generally have achieved success on the undergraduate level, but when faced with the pressures, uncertainties, and challenges of obtaining a legal education, experience self-doubt and lose confidence. This can be further compounded by the limited exposure to feedback typical of many law school environments, where students may only receive midterm and final exam grades, leaving them floundering to develop a sense of where they are at any time during their courses. Further, the issue-spotting skills and analytical reasoning required by law school can be a challenge for many law students. Unlike many undergraduate courses which have a clear right or wrong answer, the legal analysis and the “it depends on” scenarios that present themselves in the study of law can lead students to develop a sense that they will never be able to arrive at a correct answer or gain a firm understanding of what law applies in what situation and when. Finally, the pressures of being called upon by professors and participating in the Socratic method in front of peers can lead students to feel that all of their studies are for naught, especially in comparison to what others may respond when volunteering or called upon.

The Imposter Phenomenon Versus Reality

Although students, again, especially first-year law students, often have moments where they feel like so-called impostors or worry about not being up to snuff, the reality is that their intelligence and abilities are up to the challenge. Although law school does present unique hurdles to overcome and requires the development of new ways of thinking and skills, it is important to note that students are evaluated substantively before being admitted to law school to ensure that they are capable of academic success. The law school application process, through a variety of metrics, assesses and ensures that law school students are in fact suited for the study of the law. By reviewing essays, undergraduate transcripts, letters of recommendation, and LSAT scores, law school admissions teams ensure that students who are admitted possess the requisite intellectual skills and abilities to be successful in law school.

The simple truth and reality is that if you are a student in law school, you have previously worked hard and your labors have borne fruit. You wouldn’t be an enrolled law student unless you were both intelligent and capable of being successful. It may be helpful to realize that about 40% of people who apply to law school don’t get in anywhere (see here for more info). So the truth is if you have been feeling like an imposter, you actually are not.  Instead, you are just a successful, capable individual experiencing the typical doubts that almost every law student faces at some point, again most often in the first year.

That’s great to read, but I still feel like an imposter

Although self-awareness is a great first step in overcoming feeling like an impostor, there are definitely more proactive, positive steps that you can take to help deal with these feelings and to boost your confidence. Check out Part 2 of ‘Doubting Yourself and Your Abilities? Wondering If You “Belong” in Law School? Feeling Like an Imposter?’ for helpful advice on overcoming this negative mindset. 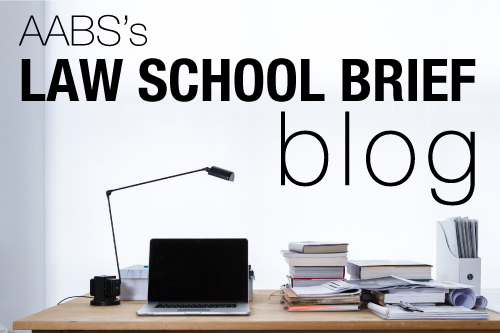