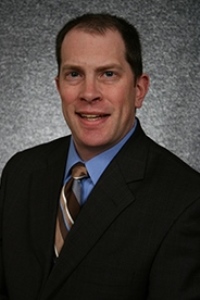 Professor Loudenslager has taught at Atlanta’s John Marshall Law School since 2015 and previously at the Appalachian School of Law and the University of Dayton School of Law.

While at the Appalachian School of Law, he served as director of its legal research and writing program as well as teaching Professional Responsibility. He also was faculty advisor to the Appalachian Journal of Law, coached moot court national competition teams, and was active in various committees as a member of the Legal Writing Institute and the Association of Legal Writing Directors. While at the University of Dayton School of Law, Professor Loudenslager taught legal research and writing courses and served on the Legal Writing Institute plagiarism committee.

Professor Loudenslager’s scholarship has dealt with, among other topics, the ethics of innovative practice areas such as multidisciplinary practice, practicing law over the Internet, and unbundled legal services as well as the ethics of using electronic documents in law practice. He also has explored how rhetoric shapes the development of law. Law journals at the University of Florida, Baylor, Brigham Young, William & Mary, Mercer, and Marquette have published his articles.

What We Can Learn about the Art of Persuasion from Candidate Abraham Lincoln: A Rhetorical Analysis of
the Three Speeches that Propelled Lincoln into the Presidency, 64 Mercer L. Rev. 521 (2013).

Why Shouldn’t Attorneys be Allowed to View Metadata?: A Proposal for Allowing Attorneys to View Metadata as Long as Extraordinary Measures Are Not Taken to Do So and Opposing Counsel is Contacted Upon Discovery of Sensitive Information, 15 J. Tech. L. & Pol’y (University of Florida College of Law) 159 (2010).

Giving Up the Ghost: A Proposal for Dealing with Attorney Ghostwriting of Documents Through Explicit Rules Requiring Attorney Disclosure of Drafting of Pro Se Litigants’ Court Documents and Allowing Limited Appearances for Such Attorneys, 92 Marq. L. Rev. 103 (2008).

Allowing Another Policeman On the Information Superhighway: State Interests and Federalism on the
Internet in the Face of the Dormant Commerce Clause, 17 BYU J. Pub. L. 191 (2003) (lead article).

Cover Me: The Effects of Attorney-Accountant Multidisciplinary Practice on the Protections of the Attorney- Client Privilege, 53 Baylor L. Rev. 33 (2001).

Note, Erasing the Law: The Implications of Settlements Conditioned Upon Vacatur or Reversal of Judgments,
50 Wash. & Lee L. Rev. 1229 (1993).

How to Explain What We Do and How We Do It: Talking to Your School’s Administration about
Programmatic Improvements, 2013 ALWD Conference, Milwaukee, Wisconsin, June 28, 2013.

What Lincoln Can Teach Us About the Art of Persuasion, 2011 Southeast Regional Legal Writing
Conference, Macon, Georgia, April 16, 2011.

Rule Proof, Rule Explanation, Rule Illustration Section – Whatever You Want to Call It, Students Need Help Doing It Well, and Here are Some Ways to Help Them, Empire State Legal Writing Conference, Hempstead, New York, May 14, 2010.