The G. Alan Blackburn Competition is a culmination of all the hard work that the first year students have put into their Legal Writing, Research, and Analysis (LWRA) II problem. This year’s competition was comprised of the top four students from each LWRA II class, a total of thirty-six students.

The competition was four rounds with the final round being held on Wednesday, April 20th. The competitors were judged by Advocacy Board members in the first two rounds, AJMLS Alumni in the third round, and three sitting judges and a practicing attorney for the final round. The final round judges were Presiding Judge Anne Elizabeth Barnes of the Georgia Court of Appeals, Judge Christopher J. McFadden of the Georgia Court of Appeals, Judge Ural D. Glanville of Fulton County Superior Court, and Mr. Allen Wallace.

In addition to those results, the following students were awarded an invitation to the Advocacy Board as Provisional Members based on their performances:

Please congratulate these students on their tremendous accomplishments! 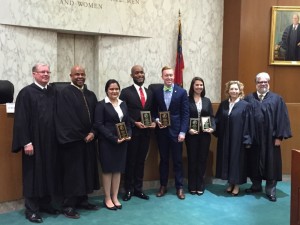 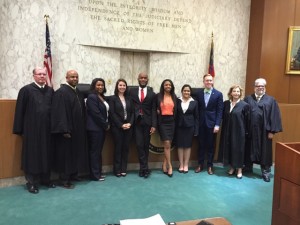