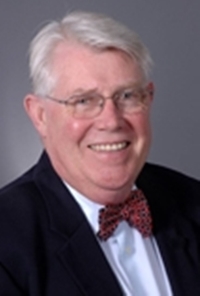 Michael Mears is an Associate Professor at Atlanta’s John Marshall Law School where he teaches Evidence, Advanced Criminal Procedure, and Ethics. He received his Bachelor of Science and Master of Arts in Teaching degrees from Mississippi State University. Michael is a graduate of the University of Georgia School of Law (Class of 1977). Michael served as the Mayor of the City of Decatur, Georgia from 1985 – 1993.

Michael was awarded the Elbert P. Tuttle Jurisprudence Award for Lifetime Achievement by the Southeast Regional Anti-Defamation League, February, 2009; He was awarded the Liberty Bell Award by the Atlanta Bar Association 2008; and was named named as a Georgia Super Lawyer for the years 2004, 2005, and 2006 by Atlanta Magazine. In 2003, Michael was selected to be the founding Director of the Georgia Public Defender Standards Council after serving for over ten years as the Director of the Multi-County County Public Defender Office, a state-wide death penalty public defender service funded by the State of Georgia. He retired from that position in 2007 and has been an Associate Professor of Law at Atlanta’s John Marshall Law School since his retirement from the Public Defender Standards Council. In addition to his teaching duties, Michael has also served as the Associate Dean of the Law School for Academic Affairs. Michael has also been selected as a visiting scholar at Bahcesehir University Law School in Istanbul, Turkey.

Michael is the author of numerous articles and books including “Objections: Preventing Errors in Criminal Trials;” “A Brief History of The Georgia Indigent Defense Counsel: Twenty-Five Years of Struggle to Provide Adequate Counsel for The Poor; “The Death Penalty in Georgia – A Modern History, 1970 -2000; and “The Defense Attorney’s Ethical Response to Ineffective Assistance of Counsel Claims, Copyright 2002. In 2006, Michael presented a keynote paper to the W.E.B. DuBois Institute of Clark Atlanta University’s Annual Spring Conference entitled “A Strategy for Confronting Racial Discrimination in the Use of the Death Penalty in Georgia.” His most recent law review article “A Student’s Brief History of the United States Federal Rules of Evidence,” was published in the Bahcesehir University (Istanbul, Turkey) Law Faculty of Law, Law Journal, Volume 7, Number 81-82 (2011), ISSB 1304-7949.

Atlanta Magazine, A question of justice: When should a district attorney heed the wishes of crime victims? (3/25/15)

Professor Mears is a frequent contributor on NPR and WPBA as an expert on the death penalty in Georgia.