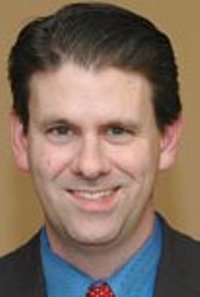 Professor McMillian joined the Atlanta’s John Marshall faculty in 2007. Before embarking on a teaching and writing career, Professor McMillian wore many different hats in the legal profession, including those of civil litigator, commercial arbitrator, and certified mediator. The focus of his practice centered primarily on complex litigation—class action prosecution and defense, business torts, constitutional torts, and discrimination. In 2002, he became a founding partner of the law firm of McMillian & Camp, LLP. Following its inception, the firm was approved as lead counsel by numerous federal and state courts in class and collective actions arising under the Telephone Consumer Protection Act and the Fair Labor Standards Act. In this role, Professor McMillian successfully negotiated a number of six and seven-figure settlements. As a neutral, Professor McMillian mediated and arbitrated over 100 active lawsuits.

Professor McMillian’s writing career is just as diverse. He is a novelist and creator of the Atlanta Murder Squad series. The first book in the series, The Murder of Sara Barton, won a prestigious B.R.A.G. Medallion and became a #1 Best Seller Legal Thriller on Amazon. His nonfiction work has appeared in such legal journals as the North Carolina Law Review, the Washington and Lee Law Review, the Wisconsin Law Review, the Alabama Law Review, the Tennessee Law Review, the Southern Cal Interdisciplinary Law Journal, and the American Journal of Trial Advocacy. He also contributed a chapter for Lawyers In Your Living Room! Law On Television, a book project from the American Bar Association that also featured essays from actors Sam Waterston and James Woods. A number of federal and states courts, including an opinion by Judge Richard Posner of the Seventh Circuit Court of Appeals, have cited Professor McMillian in their opinions.

The Nuisance Settlement “Problem”: The Elusive Truth and a Clarifying Proposal, 31 American Journal of Trial Advocacy 221 (2007)

Gregory J. Sullivan, Reconsidering Atticus Finch and To Kill A Mockingbird, THE TIMES OF TRENTON, February 17, 2010