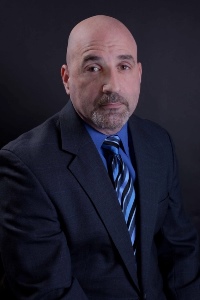 Immediately prior to joining Atlanta’s John Marshall Law School in 2007, Professor Rapping served as Training Chief for the Orleans Public Defender, working to rebuild New Orleans’ public defender office in the wake of Hurricane Katrina. In the ten years prior to his work in New Orleans, he served in the Public Defenders offices of Georgia and Washington, D.C., developing and implementing public defender training programs, and handling a caseload of serious felonies.

He currently serves as a Visiting Associate Professor of Law at Harvard Law School. He teaches and presents at numerous programs for criminal defense associations, public defenders offices, and law schools throughout the country.

In 2014, Professor Rapping’s non-profit organization Gideon’s Promise partnered with the Maryland Office of the Public Defender (OPD). The partnership will help OPD improve the quality of representation in its state. To facilitate this partnership, Professor Rapping will work intensively with Maryland OPD to incorporate the Gideon’s Promise model across the state. Being asked to model this program in Maryland is truly the next step for the organization. Rapping will work with Maryland OPD to direct strategic planning and organizational development as it continues its great work trying to ensure justice is a reality in courtrooms across that state. Paul DeWolfe, the Public Defender for Maryland, invited Rapping to work with his organization after spending a couple of years working with Gideon’s Promise through its Leadership Program.

Professor Rapping was named a 2014 MacArthur Foundation Genius Fellow for the impact his non-profit organization, Gideon’s Promise, has made on society. The MacArthur Fellow Program awards unrestricted fellowships to talented individuals who have shown extraordinary originality and dedication in their creative pursuits and a marked capacity for self-direction.

In 2020, Professor Rapping published Gideon’s Promise: A Public Defender Movement to Transform Criminal Justice, which was a #1 new release on Amazon. Also in 2020, Professor Rapping was appointed by Atlanta Mayor Keisha Lance Bottoms as Co-Chair of the new Use of Force Advisory Council in Atlanta. Mayor Bottoms issued an Administrative Order to convene an Advisory Council comprised of community members and partners to examine the City’s use of force policies and procedures. The Advisory Council made recommendations for operational or legislative changes to the City’s existing use of force policies. During the summer of 2020, Gideon’s Promise launched its new weekly podcast hosted by Professor Rapping. Gideon’s Promise: The Podcast explores the critical role of public defenders in systemic justice reform. Each episode explores a wide range of issues facing marginalized communities with subject matter experts, key opinion leaders, and people impacted by the American criminal legal system.

“Redefining Success as a Public Defender: A Rallying Cry for Those Most Committed to Gideon’s Promise,” The Champion, National Association of Criminal Defense Lawyers (June 2012)

“Who’s Guarding the Henhouse: How the American Prosecutor Came to Devour Those He is Sworn to Protect,” 51 Washburn L.J. 513 (Summer 2012)

“Street Crimes, Stress, and Suggestion: Helping The Jury See What the Witness Did Not,” The Champion, National Association of Criminal Defense Lawyers (June 2011)

“Evidence Blocking: How the Defense Can Define the Legal Landscape at Trial,” National Journal of Trial Advocacy, Volume 33 (Spring 2010)

“A Picture’s Worth a Thousand Words: Persuasion Through the Use of Visual Effects At Trial,” The Advocate, Journal of Criminal Justice Education and Research, Kentucky Department of Public Advocacy, Vol. 31, Issue No. 4, Oct. 2009

One of the Most Important Civil and Human Rights Battles of Our Time. (November, 10, 2014). Talk Poverty.

One Lawyer’s Campaign to Improve Legal Defense for Indigent. (April, 14, 2014). The Huffington Post.