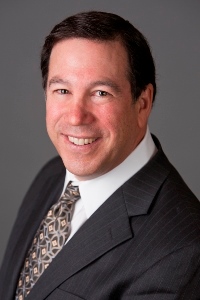 Jeffrey D. Diamond, Attorney at Law, is an active member of both the State Bars of Georgia and California, having relocated to Atlanta from Southern California in 2007. He earned his Bachelor of Arts degree from the University of California, Santa Barbara and his Juris Doctor degree from Loyola Law School, Los Angeles.
He has more than 41 years experience as a practicing litigation attorney, specializing in Insurance Law and related matters, with extensive experience as both a trial and appellate lawyer. During his career, he has represented both insurance companies and policyholders in insurance coverage and bad faith actions. He has been recognized by Martindale-Hubbell as an “AV” rated attorney, and since 2013, he has been annually recognized as a Georgia Super Lawyer.

After having taught Insurance Law for a number of years in California, Mr. Diamond joined the AJMLS faculty in 2012 as an Adjunct Professor of Insurance Law and since 2009, he has also served as the Adjunct Professor of Insurance Law at Georgia State University College of Law. He is also a law instructor for the National Association of Certified Valuation Analysts, a national educational organization which conducts continuing education programs for financial professionals.